On September 27, 2010 it was announced that due to the company's current financial projections resulting from its purely voluntary-donations funding-basis, in January 2011, Xmarks would be entirely discontinuing its service. On September 30, Xmarks CEO, James Joaquin, noted that he had been "pleasantly surprised by the volume of interest" that has been expressed since his initial "closing-announcement". This interest has been shown by both potential buyers of the company, and by those who have thus far pledged to subscribe to the service at the site's "pledge page". At their donations page, Xmarks attempted to acquire pledges from 100,000 of their users to pay $10–20 per year for a proposed "premium Xmarks service" which launched on December 9, 2010. To the date October 7, 2010, Xmarks investors had invested $9 million into the Xmarks project, but with a return on this investment not yet clearly in sight, unless sufficient pledges are received by October 15, 2010, apparently these initial investment funds are reaching an end-point. 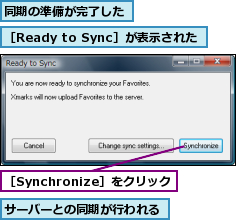 How to Sync Bookmarks from One Chrome Profile to Another